Ownership of master sound recordings has been a hotly contested issue in Jamaica throughout the history of Jamaican music. The Copyright Act of Jamaica seemingly addresses the issue head on: section 22(1) states that the author of a work is the owner of the copyright in that work unless there is an agreement to the contrary, and defines the author of a sound recording as “the person by whom the arrangements necessary for the making of the recording or film are undertaken.”

Local industry custom and practice has adopted a default rule that the producer owns the masters, but until now there has been little guidance from the courts as to what the language of the Copyright Act means in practice: what does it mean to “undertake the arrangements necessary” to make the sound recording? The lack of clarity on this issue, and changes in technology and production of music have led to continued disputes between producers and artistes.

The recent judgement given in the case, Cabel Stephenson v Doreen Hibbert et al [2022], is a rare example of a local decision that sheds a bit more light on this area. Although the overall claim involved a number of other legal issues, the Court looked in detail at the question of copyright ownership of master sound recordings. In the end, the Court found that not only did Mr. Stephenson own the physical hard drive, but as the project’s executive producer, he was also seen as the first owner of the drive’s content. However, Justice Stephane Jackson-Haisley did not designate Mr. Stephenson as the only owner of the masters but left room for the possibility that he was a co-owner of the masters, along with Droop Lion and Toots.

So, why did the court decide in Mr. Stephenson’s favour? Firstly and most importantly, the judge relied on the wording of Jamaica’s Copyright Act. The Act explains that the executive producer should be considered the first owner of a work and its content. To decide who is the justified executive producer, the judge relied on defining the true ‘visionary’ of the project. That individual is ‘described as the person with the vision, the individual who conceptualised the project and therefore the person by whom the arrangements necessary for the making of the album were undertaken.’ Since Mr. Stephenson was found to be the true executive producer by the court, it therefore means that he is also the owner of the album content on the hard drive at issue.

Along with the Act, Justice Jackson-Haisley also looked at previous cases from the United Kingdom, with similar facts. They lay out that all contributors have some claim to ownership of a project, which they worked on. However, the court finds it important to highlight that by collaborating on this project, they understood that ‘they mutually understood their separate roles and responsibilities,’ and should then understand what does and does not belong to them. And because of this, the Hibbert estate is not able to claim that all of the works and content on the drive belonged exclusively to Toots. Further to that, the court emphasised that because Mr. Hibbert made such an effort to be part of this project before his death, he must have impliedly given his permission for his previously recorded sounds to be used. The court found that because Toots gave that permission, his estate can’t now take that permission back to claim it as their property.

So what does this mean for you?
There are a number of different takeaways from the outcome of this case, depending on your role in a project. Producers, artistes, managers, engineers, etc will all have different lessons from the judgement, but it still serves as an overall ‘wake-up call’ for all. No matter the role played in creating a project, everyone should ensure their portion of the content ownership is established early on.

For producers, for example, it is important to keep detailed records and receipts to rely on, if needed. Keep receipts of payment for studio time, musicians, vocalists, engineers, equipment, etc. to use as evidence if needed. If possible, communicate with project participants by email and save your correspondence. Don’t be caught unprepared if and when your role and contribution to a project is questioned.

Along with producers, there are also multiple lessons that can be learned by artists. For starters, if you are the visionary behind a project then you have to make an effort to protect your art by establishing some ownership. Make it clear from the outset of working with a producer that you expect to own the master at the end of the day. Have the difficult conversations and save your receipts!

At the end of the day, music is a business. Work with your team to communicate clearly, get receipts and keep receipts to head off disputes down the road.

Disclaimer: The views expressed in this article are those of Rockstone Legal and do not constitute legal advice. 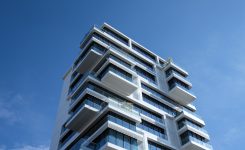 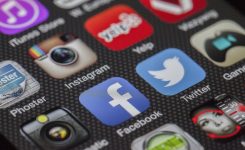 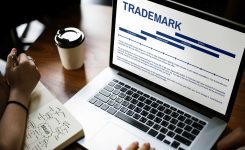 No comments so far.